Is bingo more fun than pokies?

Casino games are like diamonds, too many and they aren’t special anymore. This is especially true when online bingo takes on Internet slots for popularity. While they both have their benefits and disadvantages, there just seems to be way too many slots these days which makes them seem like anything but special.

At the end of the day the two games and their level of fun come down to you as a player, but we are a little bit biased and prefer a game of bingo over the spin of the slots. To help you decide, we take a look at the benefit of these games in order to compare which online casino game is more fun.

There are many benefits to playing bingo online, especially compared to its land-based counterpart. We have found the five top reasons why playing online bingo is a lot of fun. 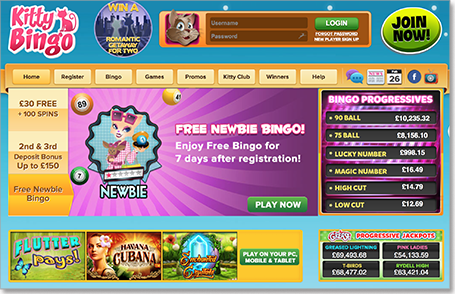 1. Online bingo is more social then playing at a bingo hall – This benefit is unexpected but it can actually be quite true. While you are getting out of the house and sitting at a hall full of bingo lovers which appears to be social in itself, you have to be quiet when the numbers are being read aloud or when the instructions are being read out which takes away from this social aspect. It is almost like when a group of people go out for coffee to catch up but all sit on their smartphones. When playing online however, there is a community page or chat room for players to go to so they can chat with other bingo enthusiasts while still being able to play the bingo games as well as see what numbers are being drawn.

2. Bingo bonuses – While nearly every online casino offers amazing welcome bonuses and ongoing promotions, Internet bingo sites offer promotions which are bingo specific. Bingo sites such as Lucky Pants Bingo offer daily promotions for players to access and use for bingo games, such as the Bonus Booster available every Thursday for five line bingo. Daily promotions aren’t as common at Internet casinos either so this is another entertaining bonus when playing bingo online.

3. No deposit bingo games – For Internet casinos, a deposit must be made to play any of their casino games in real money mode. However many online bingo websites offer a no deposit cash bonus for players to use on bingo. Aussie Dollar Bingo gives $20 to new players, no deposit required, when they first sign up so they can play all the games in real money mode. Shop around for the best deals to make the most of this type of bonus.

4. Bingo titles with variety – When you’re playing bingo at a hall, generally you abide by the standard rules. When you play online bingo you have the opportunity to play variations of our favourite game, including progressives where you can win a lot of money.

5. Play multiple bingo games at the same time – Online bingo sites offer multiple titles in their housie rooms and players are able to play more than one title at the same time. This means if you want a play a fair amount of games, but don’t have a lot of free time, then you can get it done in one go. Or if you just enjoy multi-tasking you can play as many games as you wish.

Is pokies easier than bingo to learn?

Many suggest slots are the easiest casino game to learn. This could perhaps be due to the fact once you have learnt the format of one pokies game you can simply pick up the rest. So while there may be 3-reels and 5-reels, as well as 3D and video slots, they each use symbols to signify a win and their instructions are clearly indicated and accessed via the help or information link in the play screen. this makes every game very easy to pick up. Additionally, there is no strategy involved in playing the slots which adds to its level of ease.

Bingo on the other hand requires some strategy but it is also predominantly a game of luck. While each number has the same chance of being picked there are some strategies bingo enthusiasts adhere to including playing more than one game at once, or using the ‘Auto-Daub’ function. Therefore, the pokies can be considered an easier game to learn then bingo.

Is bingo or the pokies more fun to play online?

While both have their benefits, as well as their disadvantages, we believe bingo is that little bit more fun in the long term. While the slots are said to be the easiest casino game to play online, it doesn’t necessarily mean it is the most exciting. When playing a casino game, players don’t just want level of ease, rather they want entertainment, fun, and for the games to remain interesting as opposed to being all the same.

The amount of pokies titles Internet casinos offer is incredibly high, but this doesn’t mean there is a lot of variation. Rather, it appears many games are exactly the same, just the themes are different and players can get suckered into thinking they are being promised a new game that is completely different, when really the audio and the graphics are the only difference.

With bingo we are given what we are promised, and there is also the ability to be quite social, despite playing online, with the chat room bingo games.