As well as being the world’s number one search engine and one of the most highly recognisable companies in the universe, Google also has a versatile Web store where players can download free games to play on their PCs, including a huge range of free bingo games. 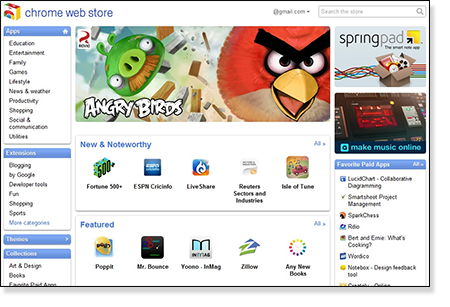 You’ll need to have Google Chrome Web browser installed on your computer (which can be done in a few short minutes, if you don’t already have it), and then you can access the Google Web Store – a distributing platform where you can find thousands of apps, extensions, and themes for your Google Chrome browser (the computer version of Android’s Google Play).

Type ‘bingo’ into the game category search engine within the Web Store and you’ll have instant access to a list of free Google bingo games. Select the bingo game you wish to play, click the ‘free’ button and the bingo app will download straight to your PC. It can then be accessed instantly from your Google Chrome app page.

There are around 10 or so free bingo apps to be found on Google’s Web Store – a small selection compared to the range of bingo games available at Google Play for Android or at real money bingo websites, but it’s still a decent collection to sample for fun. Most of the housie games available within the Web Store can also be found within Google Play. Our recommended Google bingo apps to try include:

Loco Bingo – Loco Bingo is a vibrant bingo app that allows you to play multiplayer bingo games, maintaining a great social element as you chat with friends and meet new people, while enjoying the range of bingo games available. The more games you play and the more you win, the more achievements and awards you unlock along the way. You also have the chance to share your rewards among friends. Prizes are awarded to the highest ranking players each week and credits are earned for a range of other milestones, including for playing over consecutive days. 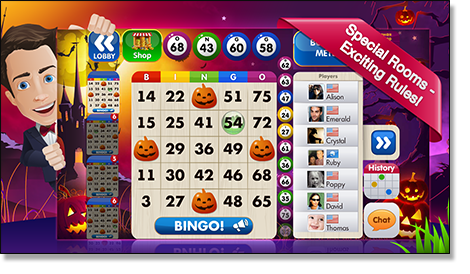 Super Bingo HD – Google’s Super Bingo HD is presented in a bright, game-show format, where charismatic hosts take you through the selection of bingo rooms on offer. The graphics and visual quality of Super Bingo HD are of top quality and there’s no surprise why over two million bingo players worldwide choose this app for their online bingo fix. Games can be played against other players and a great chat function means you can make new friends or talk to old ones while you play. There’s a huge variety of bingo rooms with players unlocking awards the more they play, and new themes and challenges added regularly.

Bingo by GameDesire – this fun bingo app offers 75 ball and 90 ball bingo rooms, where players can chat with fellow bingo lovers from across the globe. There are loads of jackpots and achievements to be won, with reaction time, perception and luck all playing a role. It’s a great social bingo app which is easy to use, and can also be downloaded for iOS and Android. A good starting point for anyone new to the world of online bingo.

Android users have the added benefit of access to Google Play’s huge range of awesome online bingo apps which can be downloaded to any Android smartphone or tablet device for free. Some bingo apps can be purchased for a dollar or two, but the free bingo game range is extensive and impressive, so there’s no need to make a purchase unless you really want to remove advertisements.

It’s easy to use Google Play bingo apps – you’ll simply need an Android device with access to the Google Play Store and a registered account. Log in, head to the Google Play games section and search for ‘bingo’ which will bring up a long list of results. Select the bingo game you wish to download and click on ‘install.’ Your chosen bingo app will now be available on all Android devices linked to your account, as well as your desktop computer by signing into Google Play on your PC, using the same account you downloaded the bingo app from.

Although these specific Google Play bingo apps aren’t available for iOS users, many other popular bingo apps can be downloaded for iPhone and iPad via the Apple App Store.

Where Australians can play online bingo for real money

Google’s range of free bingo games definitely hits the mark as far as entertainment and enjoyment value go, with gameplay, variation and graphic quality not falling short of impressive. The only downside with free Google bingo games is that the games can’t be played for real money, which can be half the fun when playing online bingo. 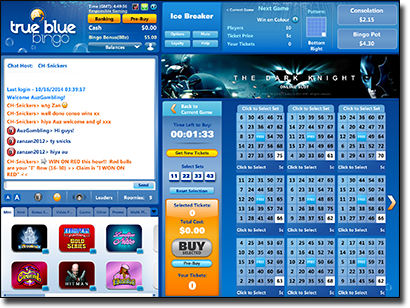 Adding real cash wagers to bingo games turns the excitement value up a notch and has the added benefit of the potential to win some sweet cash prizes. Just like free Google bingo games, games at real money bingo venues can also be played for free in demo mode, but licensed bingo venues have greater variety and player rewards. Aussies can enjoy playing real money bingo online at a range of trusted virtual bingo venues with deposits and withdrawals available in AUD. Our favourite real money bingo sites include:

Players can not only experience playing bingo for real money at the above sites, but also try their luck at a range of awesome online pokies and other fun mini games such as roulette, blackjack and video poker. These games come with additional features unavailable with Google bingo games, including more variety (75, 90, 30 and 80 ball games), progressive jackpots, daily tournaments, bonuses and competitions, better graphics and innovative gameplay, and the chance to bring in some cash winnings.