Bitcoin bingo sites – do they exist?

The prediction that one day bitcoin will impact money the same way online bingo has impacted bingo halls is becoming more and more prevalent with the digital currency becoming an increasingly popular method when playing and paying for bingo online.

Funding online bingo accounts with bitcoin means players no longer have to reveal any personal information in order to access instantaneous transactions. There are no hidden fees you may incur when funding your online bingo account, for example when you use your credit card your bank may charge you a fee due to their terms and conditions. Additionally, credit cards were never created to be used online, where as bitcoin is. Therefore, bitcoin bingo is something to keep an eye out for when funding your Internet bingo account. 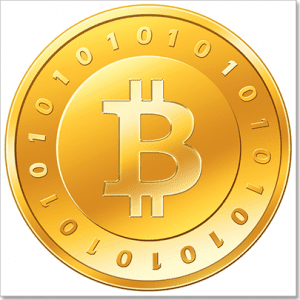 Currently there are no bingo websites offering bitcoin which we endorse, however due to the method becoming increasingly popular we are sure it won’t be long until our favourite bingo web sites offer the virtual currency as a payment method. For the mean time, we have a number of tips which will help you find a reputable bitcoin bingo site so you can see just how the payment method works.

1. Research both the bitcoin service you are using and the bingo online website you have found that accepts bitcoin. It is always a good idea to browse forums for real reviews if you don’t find any available on credible review websites.

2. Ensure the site is audited by an independent organisation which ensures fair and accurate gambling services.

3. Be sure to look into what customer support services the website has available as this will determine the quality of the bingo website.

4. Do your research to see if there are any bitcoin bingo bonuses and by this we mean any deposit bonuses offered just for paying with bitcoin, as this will add to your bingo experience.

Although there aren’t any legitimate bitcoin bingo websites which we currently recommend, you can get started with bitcoin so you are ready when they do surface. But before you do that, it is best to understand what bitcoin actually is.

Bitcoin can be quite a complex and technical system to understand, but once you get the basics it is easy to use and quite convenient. There is no centralised physical component of bitcoin. Instead bitcoin functions on the blockchain which we can all have on our computers if we wish. This means there is no way for governments or hackers to shut down bitcoin because the blockchain is on thousands or millions of computers around the World.

Bitcoin was developed in 2009 by a person or people with the pseudonym of Satoshi Nakamoto, which is quite fitting due to bitcoin’s anonymous nature. It was then taken over by Gavin Andresen who works as the head scientist at the Bitcoin Foundation.

It does not require government regulation or any kind of central authority or middle-man. Standard money requires an authority such as the government to decide when it can be printed, whereas bitcoin doesn’t. There is actually a limit as to how many bitcoins can be created which is 21 million to be exact.

There is a common train of thought that bitcoin is like gold, a commodity, because it has a cap, or only so much to go around, so in theory the value will continue to grow as less bitcoins are mined.

In its simplest terms, Bitcoin is a code which is sent between bitcoin users and the bitcoins are stored in a wallet similar to how our money can be stored in an e-wallet, though these two methods are quite different as discussed below. In order to really understand the bitcoin system we will go into each component in detail.

In order to use bitcoin to play online bingo one must have a bitcoin wallet. Bitcoin wallets can be created on your smartphone, tablet or computer and create an address which allows users to send and receive bitcoins. You receive an address, similar to an email address, for each transaction. It utilises a public address which everyone can see but sends the money using a private key, which you should never reveal to anyone.

A blockchain is basically a recording of all bitcoin transactions which is known as a public ledger. It uses cryptography to ensure the security of each transaction. Each transaction is confirmed by unknown users on the peer-to-peer network. It acts as proof of the transaction almost like a receipt. A transaction is made when the public address of the bitcoin wallet and the private key are combined.

Private keys are essentially data that is used to verify the transaction. Basically they are similar to when signing a credit card transaction or entering a pin, but it is anonymous, private and prevents anyone tampering or changing the transaction once issued. This will be added to the block chain and the transaction is confirmed within 10 minutes, via the process known as mining.

This is where transactions are confirmed via a system which makes sure a chronological order occurs when being added to the block chain. This is so the network is protected and secure. For the transaction to be confirmed there is a set cryptographic criteria it must meet to ensure that the block chain is not tampered with — in other words compromising the security of the user’s bitcoin balance. This is where the mining process comes in as the rules ensure the blocks aren’t tampered with thus preventing a fake transaction. It gets the information of the block, uses a mathematical formula and produces a shorter sequence known as a hash. Each hash protects the next hash and means that every block after the first block created is secure. Basically there is no way to fake a transaction by tampering with or altering a block because the hash would change and it would be obvious that it was a fake transaction.

How to get bitcoins to play online bingo

1.Download a or use an online bitcoin wallet to store your bitcoins or sign up to an online service such as Coinbase. You will find an abundance of bitcoin wallet services but be sure to do your research the same way you would to find a reputable bingo website.

2. Access your new wallet address by clicking on ‘new’ and you will be given an extensive sequence of numbers and letters. The best thing to do once you have a bitcoin wallet it store the wallet file on an external hard drive. This is because if your computer breaks you will lose your bitcoin wallet and all of the bitcoins it holds. They won’t be saved or redistributed, they will be gone. This address, in combination with your private key, will enable you to send bitcoins so you can buy bingo cards online.

3.Buy or earn bitcoins to play bingo online. Depending on whether you want to buy bitcoins or earn them you will either need to link a bank account or join a pool. To buy just click on the buy bitcoins section, enter how many you wish to purchase, confirm your bank account and submit. These are purchased via a currency exchange provider It may take a few days for bitcoins to appear in your wallet.

A pool, on the other hand, is where you can earn bitcoins with other bitcoin users and because they are awarded in blocks it can be much more economical to do it as a group. You are given an algorithm to solve and you can earn bitcoins based on your group contribution. The bigger your pool is the bigger the algorithms you are able to solve and the bigger the amount of bitcoins earned. It has become increasingly hard to mine bitcoins and gone are the days when a single PC can solve the algorithms.

How to deposit bitcoin at bingo websites

The beauty of signing up at bitcoin bingo website is that you don’t have to enter in personal details to set up your account. It should be as simple as punching in a username and password and potentially an email address. You don’t need to even provide your real details.

Using your bitcoin wallet, which you have presumably already downloaded or signed up for, at a bitcoin online bingo website requires you to head to the banking page and click on bitcoin as the preferred payment method. Enter the amount of bitcoins you would like to deposit and from there you will receive an ID code which you will need to enter into your bitcoin wallet. Send the transaction by clicking on the link and pasting the ID into the recipient field. From here your online bingo account will be instantly funded and you will be able to play all your favourite bingo games just by using bitcoins.

What is the difference between bitcoin and e-wallets

When funding our online bingo accounts there are an abundance of payment methods available. An incredibly popular method is the e-wallet. While storing bitcoins in a bitcoin wallet sounds a lot like storing money in an online e-wallet, the two payment methods differ, with the main difference being the value of the currency being used.

With bitcoin generally you receive 1000mBTC to gamble with which is the equivalent of 1BTC.

Bitcoin is legal in Australia however regulations surrounding the digital currency is somewhat vague. An inquiry into how to build a regulatory framework for bitcoin in Australia was conducted in late 2014 because of the increasing popularity of bitcoin.

The inquiry is based on the call to regulate bitcoin by the government in order to protect both consumers and businesses who use the virtual currency in Australia. This is due for the need of security as criminals can launder money and remain anonymous. The problem with attempting to regulate bitcoin however, is that there is no central authority to shut down, and it seems no one really to crack down on.

Australia’s latest development sees bitcoin as property, as defined by the Australian Taxation Office, and is eligible for income tax and GST. When bitcoins are exchanged for services, for example to play online bingo, the transaction is viewed as a barter transaction.